Sherif and detective of the old quarter of Argyre.

Position:
Sherif of the old quarter of Argyre.

Description:
Matthew Lee was formerly a detective with the police forces of Perdix city, but was seriously wounded by a car-bomb while investigating an organised crime syndicate. Detective Matthew Lee survived thanks to the SWAT armour he was wearing, but he lost his right arm and right leg and hearing in his right ear. A cybernetic arm, leg, and ear were needed to repair the damage. Since the bombing Detective Matthew Lee has had a strong preference for wearing good armour.

Detective Matthew Lee was kept on medical leave during his recovery and while the bureau shut down the syndicate, lasting nearly one year. The medical recovery took only three months, and in the remaining time he had begun working as a private investigator. He served a further five years on the force during which he increasingly gravitated to smaller [midlands] settlements rather than Perdix city.

As a form of ‘light duty’ Detective Mattew Lee was assigned to the growing settlement of Argyre. Partly as a joke he adopted the title ‘Sheriff’ and the constables he was training were likewise the ‘Deputies’.

Before the founding of the new quarter, Argyre held approximately 20,000 people in what is now termed the old quarter. Detective Matthew Lee was the top sherif among several at that time.

Currently the security forces of the new quarter are the main police force of Argyre and largely took over from the Sherifs. Sherif Matthew Lee has an active role as a detective there as well as the Sherifs who still maintain law and order in the old quarter, now with assistance, and the population of the old quarter has shrunk to roughly 14,000 people. 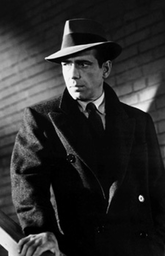