Samara Hellstrom comes from a middle-class background, and her family scraped together enough to put her through military academy officer training, where she rapidly distinguished herself in battle through bravery and exceptional (for the Lyran Confederacy) tactical abilities. This earned her a knighthood and land grant (where her family now reside), but also the ire of many of Steiner’s “Social Generals” who took offense to this upstart who was making waves in the social pecking order and ‘stealing glory’ from those they considered more deserving – like their friends and relatives.

Samara received a surge of publicity just prior to being reassigned to the borderworld of Oruth, where her mission was to rout several small, partially mechanised bandit gangs that had been preying on outlying colonies. The mission was a setup, dropping her lance in a strategically poor location, under equipped against dramatically superior forces. Samara’s lance was barely able to inflict any damage upon the enemy forces before being overwhelmed, and Samara ordered her troops to eject. Leading them on a desperate ex-filtration mission, she stole a small transport shuttle and fled the planet Oruth with two of her three troops to return to secure space.

Rather than an act of heroism, the military and media publicised her abandoning of military assests and escape as incompetence and cowardice – destroying her reputation and any chance she had of promotion within the political quagmire of the Lyran military. Against social pressure to retire from military service to manage her holdings (nicely out of the way), she stubbornly refused to resign her commission. When an opportunity arose for a military exchange with the Federated Suns (as an ongoing effort to build and maintain relations with their allies – a lot like joint military operations), her superiors immediately put her name forth to command a small ‘mech lance in field operations on the remote planet of Strata. Safely away from Lyran space – or indeed anywhere of importance – and the people who’s social status she was threatening.

While still as strong-willed as ever, her time on Oruth ground away most of her idealism. Although she may view people’s intentions with far more skepticism and her approach to problem solving is no longer as ‘honorable’ as it was (she had to make a lot of compromises on Oruth), she is still dedicated to getting the job done, and the well being of those under her command. 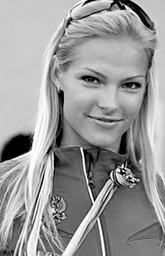