The Dmitar family is old nobility in the Suns territory and has a long, proud military tradition going back thirteen generations. Ruin Dmitar, an only child, had that hanging over his head when he graduated in 3039 from the College of Military Sciences and entered military service. He was not long stationed with the 2nd Robinsons Rangers on Breed, formerly considered a safe zone, when the Combine attacked; as most of the planet’s defenses had recently been transferred to ‘at risk’ areas, the Rangers were forced to fight a guerrilla war with mostly green officers and troops. When Breed was eventually liberated by reinforcements, Ruin was promoted to Lieutenant and pulled back to New Avalon by the DMI.

In mid-3040, after several months of additional training, Ruin joined military intelligence and was assigned to S4 under Captain Samantha Chase. Details of the following three years are classified. In 3043, Captain Chase was killed in action, forcing Ruin to assume command and complete the mission. Despite limited command experience, Ruin was left in charge of his team, but was never officially promoted to captain.

After these events, his military history is classified, until the date of Ruin’s court-marshal in August 18, 3044. Charged with numerous offenses, including negligence of duty, willful obstruction of operations, and misconduct toward a superior officer, Ruin was sentenced to life in civilian prison and dishonorably discharged from the military.

When word of his conviction reached them, the Dmitar family publicly disowned/repudiated their son, and have had no contact with him since.

Five years after entering prison life, Ruin’s case was quietly reconsidered for reasons that were not made clear to him. He returned to active military service, but was reenlisted as a sergeant and sent to the remote outpost at Strata, under the command of Lieutenant Samara Hellstrom, a Lyran officer.

Ruin’s time in the military was primarily spent as special forces and intelligence gathering; he is a competent mech pilot, but prefers being outside of a mech, with a sniper rifle or a pistol. He also showed an aptitude for field medicine. Although he has leadership experience and started his career as an officer, Ruin is more comfortable with following orders, provided they come from someone he respects. His ‘set-up’ (as he insists it was) has made him less trusting of others, especially those involved with ComStar.

Ruin has become something of an alcoholic during his prison sentence, an addiction that was harder and more expensive to indulge behind bars than it is now. He refuses to admit he has a problem, however, even though he is occasionally hung-over while on duty.

Recent Developments
In early 3050, at the recommendation of now-Captain Hellstrom, Ruin has had his commission returned to him and serves as 2IC of Hellstrom’s Hellions. Various people seem interested in a strange chip that appears to have been inserted into Ruin’s head during his time in prison. The chip was eventually removed by Dr Jonas Lange.

On 15/01/50, investigations into the nature of the chip indicate that it had several functions: it held some form of Star League-era code (related to the HPG network); it was programmed to control Ruin’s mind and body when certain codes were read; and it contained a lifetime’s worth of memories, several of which have been altered. These investigations also suggest that Ruin may be a clone whose ‘life’ only began at the start of his prison sentence. 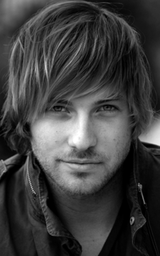