Secretary of the Orange Council in Argyre.
See also Index of Argyre Factions and Leaders.

Description:
Robyn was born on 10/10/3006 in the city of Horae in Olympus and Elysium, then named Robyn Mathews. She was raised by her mother, Rachel Mathews, a hard working single parent in the midlands portion of Horae city.

A diligent student, Robyn worked her way through public school with an excellent academic record. Without funds to attend higher education without a scholarship, Robyn excelled and secured both a state scholarship and (linked to the first) a living expenses scholarship from a buisness-charity program. This let her attend the University of Elysium. Robyn worked to support herself, initially various semester-long casual jobs (aimed for students) then as an undergraduate intern at the legal firm Dodson and Donaldson. Dodson and Donaldson was one of the firms involved in the scholarship she had earned earlier. Robyn graduated with honours in a law / commerce double degree then proceeded to complete a masters in corporate law.

During her time at university Robyn was heavily involved in a wide range of political student groups and various causes including (but not limited to) lobbying for the restoration/re-terraformation of Planet Atlantia, preservation of Strata native plants and insects, several initiatives for inter-continental lowlands expeditions, greater public funding of health care, greater public funding of education, increased media diversity and press freedom, anti-monopoly regulations, and others.

In the years that followed Robyn worked in Dodson and Donaldson rising through the ranks of the corporate hierarchy. She is on record as growing increasingly frustrated at the lack of opportunity for advancement which seemed linked to lack of family contacts and other similar privilege rather than merit. She remained active in charities and other social justice causes, and by this stage was supporting her mother Rachel.

In 3037 Robyn was still in Horae during the Separatist Uprising in Ganymede. The Separatist Uprising came to target Dodson and Donaldson when the law firm failed to defend a captured leader of the uprising, and then (to them) became a symbol of government control and a part of the system of legal and economic ‘control’ they were rebelling against.

The law firm survived the opposition, including the mortar-bombing of their corporate headquarters, but after the uprising Robyn chose to leave due to her ongoing disagreement with their corporate culture and her intention to leave the stricken continent. She relocated to Daedalus continent in January of 3039.

Robyn got involved with the up-and-coming mining giants in Perdix city, and quickly rose through the corporate hierarchy. She met Patrick Hedley in 3041 of Behemoth Vehicles, and they were married in 3044. To avoid a conflict of interest, Robyn chose to leave Behemoth Vehicles (she left since Patrick had the higher-position in the company). Then a junior executive, Patrick Hedley has since risen to Senior Executive and manages the company’s landtrain production facility in Perdix.

After leaving Behemoth Vehicles Robyn Hedley joined Robinson and Brown Mining Cooperative in Argyre, oversaw their integration into Larsson-Baxter Mining, and remained in Argyre awaiting a new opportunity. In late 3049 Robyn Hedley became trapped in the Old Quarter of Argyre during the civil unrest there, then helped found the Orange Council movement attempting to bring political order to the diverse factions that had arisen there. 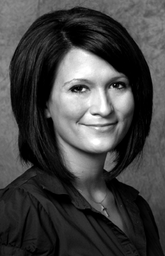