Position:
Head of Special Project 17 at the Strata Institute of Science.

Description:
Professor Anna Morozov transferred to the Strata Institute of Science from the New Avalon Institute of Science in March of 3048 and commenced ‘Special Project 17’. Once on Strata she quickly co-opted the local ‘fight club’, a flash-mob style series of fights used to pit the champion fighters from different regiments and units, and then began using it as a selection process and training system for ‘candidates’. The selection criteria for ‘candidates’ appears to be above normal physical attributes in particular strength toughness and size. At this time the purpose of Special Project 17 is unknown, and the role that the ‘candidates’ take is unknown.

She is a very fit and well trained soldier, especially for a military scientist. On rare occasion had to prove herself to one of her ‘candidates’. Of particular note, the professor has recently begun training with support weapons, possibly relating to Special Project 17 in some way.

Update
Professor Anna Morozov currently accompanies Hauptmann Samara Hellstrom‘s command, providing a platoon of battle armour infantry and comprehensive technical, scientific and medical support. For reasons not fully explained to the [[Hellstrom’s Hellions]] she is going along with Adept VI-Iota Michelle Abnett’s masquerade as a normal human being and not attempting to get genetic samples from Michelle despite attempting to do so from anyone of above average physical fitness, combat potential, or a potential battle armour operator. 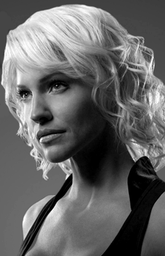