Description:
Adel Weiss is the son of Mercenary Mechwarrior Elli Weiss, deceased, and his father was an aerospace fighter pilot for the Scholz Streikende, killed in action against Draconis Combine forces. He was orphaned when Ruin Dmitar killed his mother in battle on 18/12/3049 during the second attack upon the Hellstrom’s Hellions.

He was captured on 18/12/3049 after hijacking a forestrymech as part of the ambush laid for Lt. Samara Hellstrom. At this time and based upon interrogation his suspected skills are stealth, small arms, close quarters fighting specialising in small blades, demolitions, lower tier technical skills, battlemech piloting, and auxiliary skills suitable to support staff of a mercenary unit.

An order to release the captured Scholz Streikende personnel was received on 27/12/3049. This was later revealed to be falsified. Current location and status are unknown. 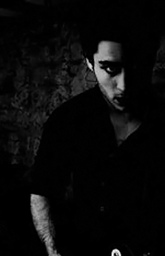