He draws an awkward line as mayor, trying to uphold (or rather to foster) the prestige of the office of mayor, but also having no ambition to become a community leader. He was comfortable in his former role as a business owner and mine foreman. Wether the actions of Mayor Kent McAlester perverts or confirms the common wisdom that the only people suitable for public office are those that do not seek power remains to be seen. 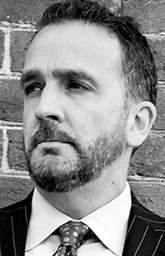