Description:
Lt. Sarah Richter advanced quickly through the academy and rose to the rank of leftenant, but has lacked a sponsor or backing. This has prevented her further advancement.

Unlike many in the LAAF, Lt. Sarah Richter has a natural interest in military organisation and combined arms operations. More specifically she is interested in battlemech lance composition and battlemech design, which many Lyran generals seem to almost neglect.

Gaining a reputation as a ‘problem officer’ but an overachiever, and out of favour with the social generals, Lt. Sarah Richter quickly learned the value of seeking out others in her situation. She cynically but accurately concluded that the fastest way to find exemplary officers with untapped potential was to wait and see who the social generals disapproved of. Using this tactic she discovered and recruited Albrecht Hahn whose interest in electronic warfare tactics was useful to her but undervalued by the military heirarchy. Similarly Lara Schmidt who was an excellent technician and ’mech engineer but prone to insubordination. Lastly there was Dr. Jonas Lange whose lengthy recovery from injury delayed his career, though Lt. Sarah Richter suspected that the real reason was his survival upon Oruth was inconvenient.

Lt. Sarah Richter and her lance were unexpectedly redeployed to Strata, with the official reason being she was to pursue her battlemech optimisation projects at the Strata Institute of Science. Since that time, it has become apparent one reason was Dr. Jonas Lange’s past experience with Lt. Samara Hellstrom and the mistaken assumption he would resent his former commander, blaming her for his injuries upon Oruth. 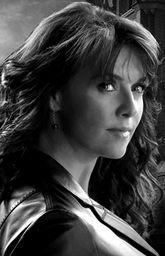