Hauptmann Simon Trask was believed killed in action during the uprising of Ganymede separatists. He was discovered by Lt. Samara Hellstrom’s lance

Description:
Leftenant Simon Trask was a decorated and honoured AFFS officer who commanded a rapid response lance of light mechs. In 3037 his lance was deployed to put down the uprising of Ganymede separatists. The surviving officers reported that the lance was lured into a minefield and ambushed. They had pursued light militarised vehicles which passed through an anti-mech minefield that the heavier mechs triggered. Following this the damaged mechs came under mortar fire. Leftenant Simon Trask used the jump jets of his Javelin JVN-10N to advance on the militants and draw their fire, allowing his lancemates to withdraw. His battlemech was discovered later, the cockpit destroyed by a mortar hit. Leftenant Simon Trask was posthumously honoured.

Update:
In 3049 Simon Trask was discovered to be leading a militant group in the lowlands near Argyre, piloting a Dig Lord S6 Mod-A militarised mining mech. Investigation by Lt. Samara Hellstrom’s team indicates the militants were primarily gun-runners and had taken-over a commune of relatively harmless twilight farmers.

Simon Trask was killed in action by an ammunition explosion that gutted his militarised industrialmech. The remains were collected and positively identified. The events of the previous twelve years of his life are unknown at this time. 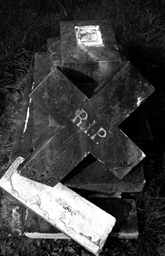