Description:
Kaptain Franz Berger is on the fast track in the LCAF, that of the social generals. His rise was complicated by the Oruth incident. The Oruth campaign was intended as a short duration controlled campaign against limited opposition, in other words a manufactured opportunity for the aspiring social general to secure a military victory. The reality was that the world was far more heavily defended than (then Kommandant) Franz Berger had anticipated, leading to his advanced teams being beaten back.

Berger’s strategy had involved dividing his forces to strike in many locations at once, secure multiple potential landing zones and enemy instillations which could be used as bases of operation. However the enemy were entrenched, and had mined key strategic areas. They were also familiar with the terrain and seemed well informed about LCAF movement, allowing them to plan a series of highly effective ambushes. The result was several separated teams of ambush survivors on the run (if not captured), and the main forces having no secured landing zone. The initial setback hobbled the operation severely, and gave hostages to the opponents. The Oruth campaign was dragged out to almost two years, from Berger’s initial estimate of four months.

Currently he is serving as the military commander of that border world after it was retaken. Those familiar with the social general pattern would recognise this as the ‘gaining field experience’ stage following the ‘contrived military victory’ stage of social general career progression. 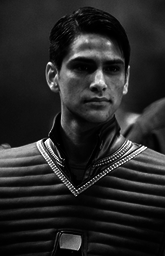