Position:
Petty Officer serving as a technician in the Hellstrom’s Hellions company.

Description:
Ingrid ‘Mouse’ Marsh was recently added to the Hellstrom’s Hellions technical staff roster. She is a brilliant young technician and was hand picked by CPO Lionel Barclay primarily to expand the companies capabilities to fix its newly acquired air assets.

Mouse is a recent graduate from the Strata Military Academy, and lacks confidence and often also lacks volume when dealing with new people or forceful personalities. Her tendency to squeak adorably when startled has earned her her nickname.

Samara Hellstrom first encountered Mouse in Argyre where she had been freshly deployed along with a Strata Patron-S5 Loadermech, which Mouse had recently completed the certification to pilot. Mouse was to meet with the main technical staff due to arrive shortly.

In the encounter Mouse had to overcome her shyness and timidness to suggest using her LoaderMech not a Battlemech as a mobile fusion power plant to re-power the old landtrain being used as Argyre‘s old quarter’s main medical facility. A cautious and inexperienced pilot, Mouse later excelled at the technical duties.

Since then Mouse has been promoted to Subaltern (or Ensign) and on Samara Hellstrom’s roster as a battlemech pilot. Mouse pilots the prototype Peromyscus PRY-S1 Light Support Battlemech. 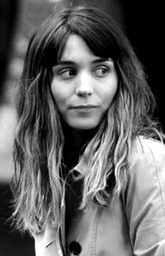