Description:
Doctor Cayden Morozov is the son of Doctor Cormac Morozov (deceased) and Assosciate Professor Janice Morozov (deceased). He has followed in his father’s footsteps as a medical professional, while his sister Professor Anna Morozov chose to follow after their mother developing with military hardware, and their younger sister Vivian.

The three Morozov children moved from Planet Roosevelt to New Avalon following the death of their parents in a car accident, and two years later (after she finished high-school) this allowed Vivian to study at the New Avalon Institute of Science. Vivian completed an engineering and science double degree and has moved into the private sector.

In early 3050 Cayden and Vivian have followed Anna to Planet Strata. Doctor Cayden Morozov has taken over as Head of Genetics at Aeolus Central Hospital on Tyche continent, and has become noted for putting in extra time as a surgeon assisting in the Emergency Ward. 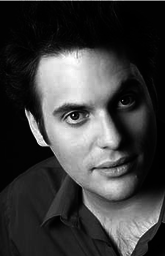