Larsson Mechworks was an old and established industrialmech producing company which dabbled in other heavy equipment such as mining equipment. As the heiress to the company Melissa Larsson saw that her company needed to become more competitive, and formed the plans for the corporate merger with her primary objective to lower the overheads for her factories.

Once Argyre was established Baxter Affiliated Mining merged with Larsson Mechworks. Baxter Affiliated Mining provided a number of active mining operations and veteran staff, while Larsson Mechworks were a major producer of industrialmechs including the vital Dig Lord Miningmech. The influx of mining equipment and transport equipment to affiliates together with the affiliated mining operations was the basis for the success of Larsson-Baxter Mining. The equipment aided the affiliate mines and their harvest of ores slashed the overheads of the factories in Perdix. A rapid expansion ensued, with Brett Baxter headhunting highly profitable operations and those mining strategic ores needed for the mechworks.

Currently CEO Brett Baxter and the ‘Baxter’ side of Larsson-Baxter Mining are based in the south quarter of Argyre while Melissa Larsson and the ‘Larsson’ side of the corporation are based in Perdix. 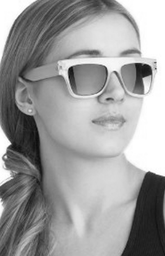