Description:
Captain Viktor Kozlov is a distinguished command officer who was heavily involved in bringing the anemoi project to fruition. The standard operating procedure of anemoi airships in terms of conduct but also operations were largely determined and shaped by Viktor Kozlov. The man is stern and resolute; driven by a total commitment to preventing a recurrence of the invasion, and ensuring Strata has defences that will protect the population. 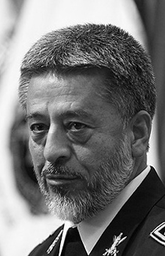