Description:
Communications Officer Albrecht Hahn is a blooded mechwarrior. Initially he was a fairly typical cadet and then pilot, but began taking an interest in electronic warfare, communications, and being a more effective artillery spotter. This interest was fostered over his first tour of duty, on the giving end and receiving end of such techniques.

Frustrated by the lack of attention to auxiliary skills, especially for mechwarriors, in the Lyran military academies, Albrecht Hahn did his best to learn after his first tour. This necessitated cross-training into other branches of the service, but was interpreted by the social generals as a reluctance to return to active service.

Being out of favour with the generals brought Albrecht Hahn to the attention of Lt. Sarah Richter, who recruited him into her lance. Being reassigned to Strata was a great opportunity for Albrecht Hahn who can now study at the Strata Institute of Science while the process of optimising their medium battlemechs continues.

Briefly, due to the requirements of fitting the electronic warfare gear, Albrecht Hahn was assigned to a Hunchback, which was inefficient. Concentrating on electronic warfare while simultaneously manoeuvring for heavy auto-cannon fire proved difficult. Achieving missile lock while maintaining electronic warfare duties shared a greater synergy. 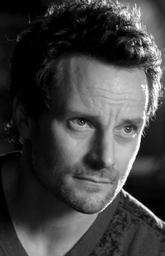