Description:
Adept VI-Iota Michelle Abnett has served as a Adept level Battlesuit operator for six years, and has been recently transferred to Strata along with Adept IX-Epsilon Bryce Alexander’s lance. The reason for his transfer is unknown. Her previous service history is classified.

Initial Encounter
The arrival of the Zmey Land Train complicated her mission, she had been covertly surveiling Ruin Dmitar for almost five weeks. Previously she had been able to predict the movements of Layne-Lars Kinnesson and avoid detection, but with the continuous monitoring from the land train HQ staff she could no longer infiltrate into range.

After being detected, Ruin Dmitar showed mercy and did not use the specialised pistol that Agent Mary Brown had recently given him for just such a situation. Ruin chastised Michelle for being detected and ordered her down, and allowed her to scan him and complete her mission.

Since the initial encounter Michelle revealed herself later and has displayed an attraction to Ruin, and managed to negotiate an invitation to witness the removal of the infamous chip from Ruin Dmitar’s head.

Update
Adept Michelle Abnett is actually Point Commander Michelle and she is a member of Wolf’s Dragoons and prior to that Clan Wolf. She is maintaining her masquerade as a ComStar member and the ComStar liason to Special Project 17 under Professor Anna Morozov. She displays a friendly fondness for Jacques Dubois, fond overprotectiveness for Ingrid ‘Mouse’ Marsh, deference to the authority (and relationship advice) of Samara Hellstrom, and a complex yet incomprehensible relationship with Ruin Dmitar. 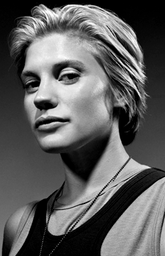